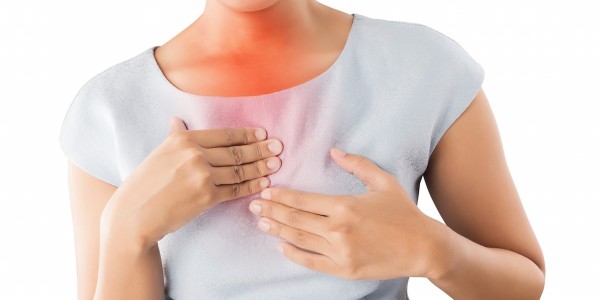 "These ‘new’ endoscopic procedures for GERD are not ready for ‘prime time use’ and have not been as carefully vetted as have the proton-pump inhibitors (PPIs) and the gold-standard Nissen fundoplication,” Dr. Joel Richter from University of South Florida Morsani College of Medicine, Tampa, Florida told Reuters Health by email. “Done in the proper patient by skilled surgeons in high-volume foregut surgery programs, the Nissen has excellent durability, allows many patients to get off PPIs, and the few complications are minor.”

As many as 42% of GERD patients do not achieve symptom relief after the recommended 4- to 8-week trial of PPIs. While LNF remains the gold standard for patients declining long-term PPIs, TIF and other endoluminal therapies have emerged as popular alternatives. LNF and TIF have not been compared in any head-to-head trials.

Dr. Richter's team assessed the efficacy of the EsophyX TIF 2.0 procedure versus LNF in their systematic review and network meta-analysis of seven randomized controlled trials whose overall methodological quality ranged from very low to moderate.

LNF also was superior to TIF and had the highest probability (78%) of being the best treatment for increasing lower esophageal sphincter pressure (72% probability for TIF and 1% probability for PPIs), according to the January 3 Gastroenterology online report.

Improved health-related quality of life was nonsignificantly better after TIF than after LNF, but further analysis suggested that differences in follow-up time accounted for this finding.

PPIs appeared to be superior to the other alternatives for reducing esophagitis, possibly because dose escalation was allowed if symptoms persisted.

Data on harm were not reported consistently across studies

“Until more good-quality evidence is available, we agree with the recent American College of Gastroenterology guidelines for GERD that the ‘current endoscopy therapy . . . cannot be recommended as an alternative to medical or traditional surgical therapy,’” the researchers conclude.

Dr. Richter said it’s “very unfortunate that the FDA requires very strenuous tests on drug efficacy and post-market safety (but this is) not true with devices. (The) only safeguard is many private insurance companies will not cover them for many years until safety and durability is confirmed. Woe the unfortunate Medicare patient where this safety net does not exist.”

Dr. Karim S. Trad from The George Washington University Medical Faculty Associates, Reston, Virginia, who recently demonstrated the efficacy of the EsophyX TIF device in an industry-sponsored study, told Reuters Health by email, "I was surprised to see that such definitive conclusions by the authors could be drawn from a meta-analysis. Only a randomized controlled trial design directly comparing TIF and LNF in comparable patient populations could achieve that level of certainty.”

“TIF is best suited in well-selected patients with small or absent hiatal hernias (<2 cm) whose GERD symptoms are incompletely controlled on optimized PPI therapy,” he said. “Published data suggest that in a majority of this population, TIF would be the definitive alternative therapy to PPIs. In a minority of patients, TIF would be a useful adjunct therapy to be used in conjunction with various regimens of acid-reducing therapy to help eliminate difficult-to-control symptoms, such as regurgitation and atypical symptoms.”

“The more invasive LNF should be reserved for larger hiatal hernias or for patients who had failed the TIF procedure,” Dr. Trad concluded, but he agrees that “more research is required to determine the role of existing and evolving GERD therapies. A randomized controlled trial directly comparing TIF and LNF would be crucially important.”

Dr. Richter and one of the other four authors are investigators with the EndoStim, Inc., device under development for GERD treatment. This device was not the subject of the current report.